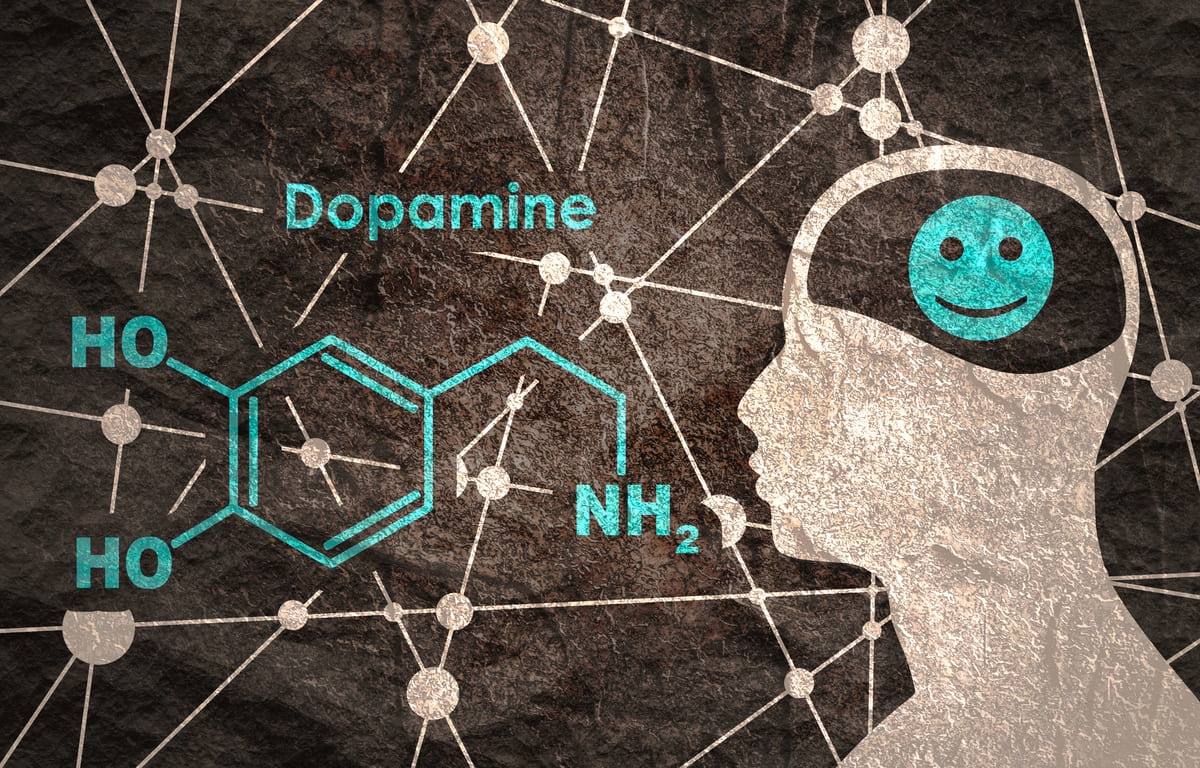 CBD (cannabidiol), on the other hand, has no addictive effect on the brain. Even if the CBD molecule temporarily increases your dopamine level, it does not affect it in the long term. It doesn’t make you addicted or prevent your brain from producing dopamine without it. Although THC (tetrahydrocannabinol) is considered a psychoactive and unhealthy drug, it is also not considered addictive, unlike alcohol.

Beyond its relationship with dopamine production, CBD acts in multiple ways on your brain. By acting on TRPV-1 receptors, it helps regulate body temperature, relieve inflammation and pain. Widely known for its positive action on chronic pain, CBD is also highly valued for its anti-epileptic and anti-anxiety properties. In fact, people suffering from epilepsy are increasingly using CBD to reduce the frequency and intensity of spasmodic disorders. In addition, CBD has antioxidant, analgesic, and neuroprotective properties that enhance its enormous therapeutic potential. The bottom line is that CBD is a natural substance that positively affects many receptors in our brain and body, and has yet to reveal the full extent of its powers.

The problem is that certain substances, such as alcohol or hard drugs, can cause a sudden increase in this dopamine level for no reason. Even if you’re not doing anything in particular, you may feel a sense of well-being and mild satisfaction when you use them. At the time, it’s very pleasant. But in the long run, it reduces your ability to produce dopamine naturally, and causes you to use more to get that good feeling back. So what about CBD, this molecule that is neither psychoactive nor addictive? Does it act in the same way on the production of dopamine?

Even if its role in the process of dopamine production is still unclear, CBD acts on the production of this hormone, it is a fact. It’s hard to know how and why, but CBD does enhance dopamine production. Thus, it promotes the feeling of happiness, pleasure and satisfaction. With this conclusion, you may be wondering: What is the difference between CBD and drugs that increase dopamine production and make you addicted? Indeed, millions of people around the world consume CBD, often for therapeutic or medical purposes. And yet, they do not suffer from any form of CBD addiction. Why not? Simply because CBD does not act like a drug.

The complexity of the brain is such that scientists are still divided on the issue of CBD and dopamine. One thing is for sure, the studies conducted so far have nevertheless highlighted the obvious link between CBD and the endocannabinoid system. In this way, CBD would act on many neurotransmitters, not just the happiness hormone in particular.

According to scientific research, CBD is indeed capable of promoting the production of dopamine in the brain. Even if the research on this subject is far from being completed, it would seem that CBD has a positive action on what is more commonly known as the “happiness hormone”.

Can taking CBD cause side effects?

Although CBD is not considered an addictive substance, it would still be responsible for an increase in dopamine, the hormone responsible for feelings of happiness and pleasure. So, could CBD cause a form of psychological addiction? How does CBD really work on your brain? What is the difference between CBD and THC consumption? What are the long-term effects of CBD? All the answers to these questions can be found in this article dedicated to CBD, the brain, and dopamine production.

To date, there are no known side effects from taking CBD. Some people have already noticed a feeling of drowsiness or nausea, but these side effects are often related to the intake of another drug or a pathology that is not related to CBD. You can consume this natural substance without any danger to your health. If in doubt, don’t hesitate to ask your doctor for advice on the best dosage of CBD for you.

Background: Accumulating evidence suggests that the non-intoxicating cannabinoid compound cannabidiol (CBD) may have antipsychotic and anxiolytic properties, and thus may be a promising new agent in the treatment of psychotic and anxiety disorders. However, the neurobiological substrates underlying the potential therapeutic effects of CBD are still unclear. The aim of this systematic review is to provide a detailed and up-to-date systematic literature overview of neuroimaging studies that investigated the acute impact of CBD on human brain function. Methods: Papers published until May 2020 were included from PubMed following a comprehensive search strategy and pre-determined set of criteria for article selection. We included studies that examined the effects of CBD on brain function of healthy volunteers and individuals diagnosed with a psychiatric disorder, comprising both the effects of CBD alone as well as in direct comparison to those induced by ∆9-tetrahydrocannabinol (THC), the main psychoactive component of Cannabis. Results: One-ninety four studies were identified, of which 17 met inclusion criteria. All studies investigated the acute effects of CBD on brain function during resting state or in the context of cognitive tasks. In healthy volunteers, acute CBD enhanced fronto-striatal resting state connectivity, both compared to placebo and THC. Furthermore, CBD modulated brain activity and had opposite effects when compared to THC following task-specific patterns during various cognitive paradigms, such as emotional processing (fronto-temporal), verbal memory (fronto-striatal), response inhibition (fronto-limbic-striatal), and auditory/visual processing (temporo-occipital). In individuals at clinical high risk for psychosis and patients with established psychosis, acute CBD showed intermediate brain activity compared to placebo and healthy controls during cognitive task performance. CBD modulated resting limbic activity in subjects with anxiety and metabolite levels in patients with autism spectrum disorders. Conclusion: Neuroimaging studies have shown that acute CBD induces significant alterations in brain activity and connectivity patterns during resting state and performance of cognitive tasks in both healthy volunteers and patients with a psychiatric disorder. This included modulation of functional networks relevant for psychiatric disorders, possibly reflecting CBD’s therapeutic effects. Future studies should consider replication of findings and enlarge the inclusion of psychiatric patients, combining longer-term CBD treatment with neuroimaging assessments.