Trident is bred for its high CBD content, and it leans towards a somewhat relaxed high that builds over time and allows consumers to feel happy, euphoric, creative, and focused without the head high that comes with high THC content strains. In addition, it has high CBD content (approximately 44.1%), which means it can relieve various medical symptoms such as muscle spasms, inflammation, pain, depression, stress, and anxiety.

According to the National Library of Medicine, limonene decreases stress and is widely used in aromatherapy as an anti-anxiety agent. Being the primary terpene in Trident, limonene is responsible for inducing the strong body-buzz and happy, relaxed, and focused feeling associated with Trident cannabis strain.

Having the primary terpene limonene is what gives Honey Brands Trident Vape Cartridge its sweet-sour tone and zesty citrus fragrance associated with citrus fruits such as oranges, lime, and more.
According to Science Direct, limonene is among the most abundant terpenes in the cannabis world, and it can be found in concentrations as high as 16 percent of an essential oil fraction. It is a monoterpene commonly used in foods, medicines, and perfumes. Numerous animal studies, human studies, and study reviews suggest that limonene may offer several health benefits, including antioxidant, anti-inflammatory, anti-anxiety, and disease-preventing properties.

In addition to its dominant presence in the cannabis plant, limonene occurs naturally in juniper, mint, fennel, rosemary, and pine. Modern medicine is currently delving into the medicinal or therapeutic possibilities of limonene, which is why Trident is widely recommended for its pain-relieving properties and a remedy for various health conditions that respond to CBD.

Licensed medical practitioners also recommend Trident in the edible form to ease off swelling after radiation and chemotherapy treatments. For those suffering from high-stress levels and depression, this is a great cannabis strain to try for its mood uplifting and therapeutic properties. Being low in THC levels (approximately 2.2%), Honey Brands Trident Vape Cartridge has mild side effects and doesn’t aggravate anxiety or cause paranoia.

The origin or lineage of the Trident cannabis strain is currently shrouded in mystery, with some breeders claiming that it’s a product of PlantMaster Seeds, a cannabis company based in the United States. There are other cannabis enthusiasts who also believe that Trident strain is a product of a combination of Haze strain, Skywalker strain, and Donbass Star strain. Generally, the origin and lineage of this strain remain mysterious.

The Story Behind Trident

Trident by HONEY® is a delicious-sour tasting, notable high-CBD hybrid great for controlling pain while keeping the user mentally focused. It’s best known for its medicinal uses and low-fi buzz due to its low THC content (approximately 2.2%), making it an excellent option for users who need pain management aid and other medicinal benefits over recreational effects.

Trident might be a reliable solution for those who are suffering from inflammation, pain, and stress. Because of its high CBD content and a broad range of health benefits associated with its primary terpene, limonene, Trident marijuana is suitable for relieving symptoms of inflammation, anxiety, epilepsy, muscle tension, and other conditions that may respond positively to a high quantity of CBD. 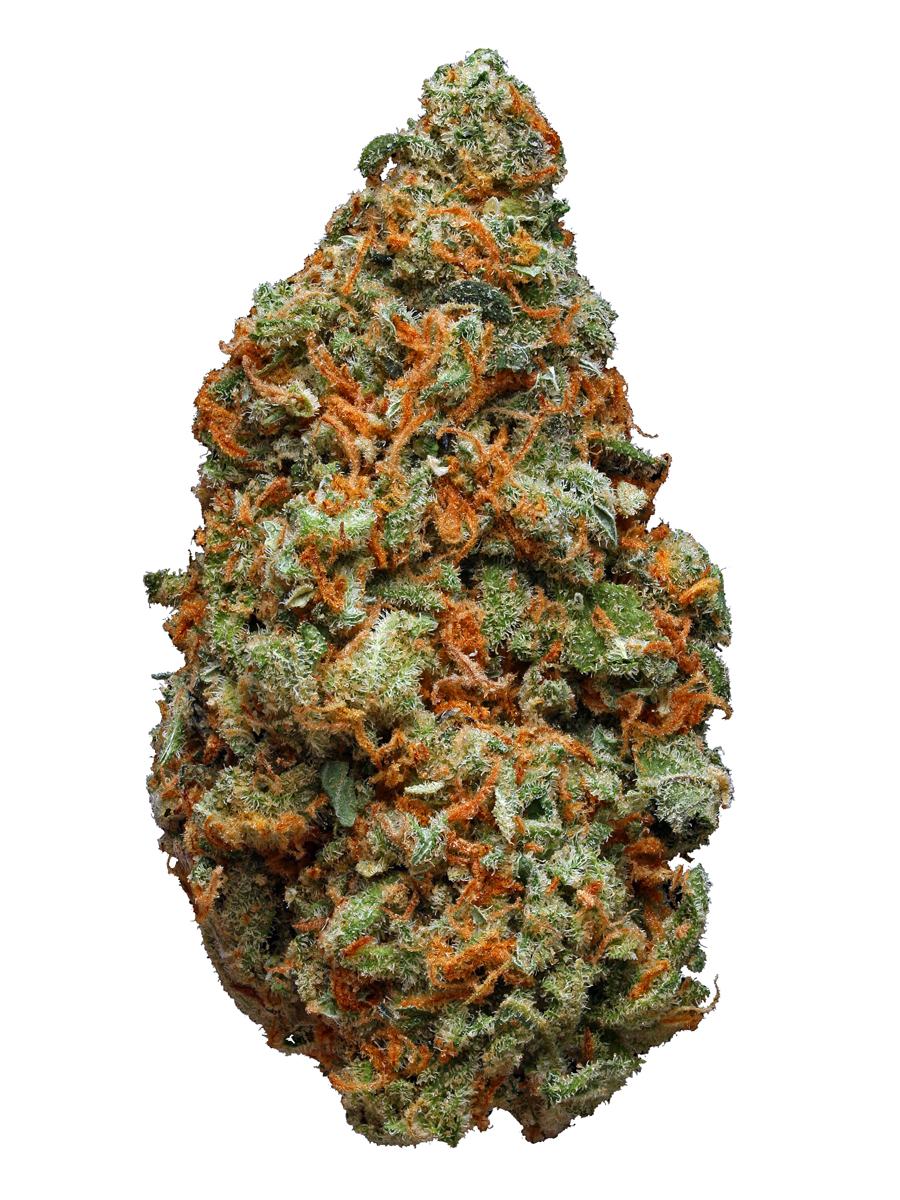 The high CBD, perfectly balanced cannabis strain dubbed Trident offers consumers a nice mix of sativa and indica effects. It produces a scent and taste similar to pine and freshly churned earth while its harvest-ready buds are bright green.

THC levels rest only at around 6%, but Trident’s CBD level rests at 12%. Because of this, its known to be a great strain for relieving aches and pains throughout the body while having little psychoactive effects. This also makes it a great choice for novice consumers. The mind will stay fairly clear while mood improves, and a mild boost in energy may ensue.

Trident is a hybrid strain that is notable for its extremely high CBD content of 12%. As a result, it’s an excellent strain for managing pain or dealing with symptoms while remaining mentally focused. Trident’s low THC levels (usually under 6%) don’t mean you won’t feel any sort of cerebral effects, but they tend to be mild and unobtrusive. These sticky flowers have a pleasant sweet and sour aroma.

Trident is a hybrid strain that is notable for its extremely high CBD content of 12%. As a result, it’s an excellent strain for managing pain or dealing with symptoms while remaining mentally focused. Trident’s low THC levels (usually under 6%) don’t mean you won’t feel any sort of cerebral effects, but they tend to be mild and unobtrusive. These sticky flowers have a pleasant sweet and sour aroma.