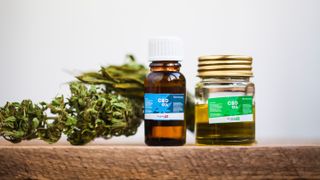 The new study is “very interesting,” said Dr. Donald Abrams, an integrative oncologist at the University of California San Francisco’s Osher Center for Integrative Medicine, who has studied marijuana and was not involved in the current study.

“Despite the conventional wisdom… that only CBD has medical benefits while THC merely makes one high, our results suggest that THC may be more important than CBD in generating therapeutic benefits,” study co-author Jacob Miguel Vigil, associate professor in the Department of Psychology at the University of New Mexico (UNM), said in a statement.

In the new study, the researchers took advantage of data from the Releaf App, which aims to help people track their marijuana use and learn what types of marijuana products seem to work best for their symptoms. The app asked users for information such as the strain of marijuana and the levels of THC and CBD.

On average, participants experienced a 3.5 point decrease in symptom severity on the 11-point scale.

The researchers noted that the study had several limitations — for example, the data was self-reported, and the study lacked a control group that didn’t use cannabis. Users may also have experienced a placebo effect, in which they expected certain products (such as those with higher THC, which tend to be more expensive) to work better.

Abrams agreed with the authors about the challenges of studying cannabis-based treatments, particularly given the numerous products that are commercially available. But “using an app like they did here is a good approach to collect sizable amounts of data.”

Participants reportedly took marijuana for a range of symptoms, including depression, anxiety, insomnia, stress, fatigue and back pain. The participants reported the severity of their symptoms on a scale of 0 (no symptoms) to 10 (severe symptoms) before using marijuana, and then again within the next 90 minutes after taking the drug.

Still, the study is one of the first to examine, in real time, which marijuana properties are linked with reported benefits. Given the increasing popularity of medical cannabis, the researchers call for more studies to better guide patients about the dosage, effectiveness and safety of medical marijuana products. 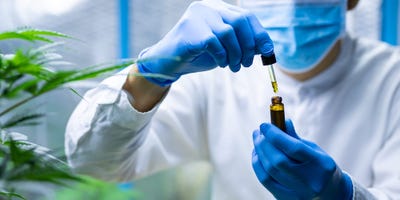 Overall, THC is a safer compound than many other drugs like nicotine or opiates, Piomelli says.

“THC is really not a very dangerous substance when you look at it pharmacologically,” Piomelli says. For example, it would take a massive dose of THC to cause an overdose, so realistically it’s extremely unlikely that a person would overdose on THC, he says.

Both Piomelli and Weiner say that CBD has virtually no potential for abuse and very few side effects. However, long-term, high-dose use of CBD has not been studied enough to say definitively that it is safe, Piomelli says, adding that it could potentially affect liver function.