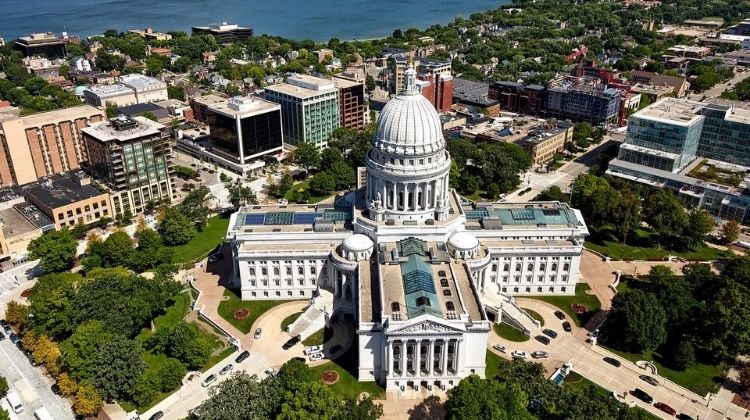 With online shopping, you also have the privilege of connecting with the retailers and manufacturers and asking them to clarify any doubts or concerns you may have. Hence, before you buy the product, ensure your safety and satisfaction is guaranteed by asking for the company’s third-party testing policy to make sure the CBD Oil contains less than 0.3% THC level.

Buying CBD in wisconsin online is the safest and discreet way to obtain hemp oil products. With just a few clicks on your phone or laptop, you can access popular CBD brands online anywhere in Wisconsin. However, it would be best if you were very keen on the CBD product you want to purchase by making sure you are buying from a dependable store only.

Yes. CBD oil and its products are legal in Wisconsin. In fact, CBD in Wisconsin was legalized in 2014 for medical use under Lydia’s Law, formally known as the Wisconsin Act 267. The law legalized CBD oil under stringent medical regulations, permitting it only to seizure patients.

Medical-grade CBD products intended to diagnose, treat, or ease pain should be recommended with state licensed doctors. Only patients with a prescription from their physician should possess CBD with a psychoactive THC level.

Cannabidiol or CBD oil is getting a lot of attention in North America, including Wisconsin. CBD oils have been popular for their therapeutic as well as their medical benefits. Cannabinoid or CBD is an active compound found in the cannabis plant.

You must have a license in Wisconsin in order to produce industrial hemp plants for CBD products in the state. The hemp production application process is put in place by the state to prompt farmers to re-apply annually.

Senate Bill 188 and Assembly Bill 206, a partner agricultural bill, are currently moving through the legislature as of September 26, 2019, to try and clarify and match the state’s law with the 2018 Farm Bill.

Why You Should Buy CBD Oil Wisconsin Online?

The Bill required the state government to follow federal law if or when CBD oil becomes rescheduled at the national level. A partner bill of SB 10, the Wisconsin Assembly Bill 49, was passed in March 2017 with a unanimous vote of 98-0. The partner bill loosened the restrictions surrounding cannabinoids in the state.

As with every state in the United States, Wisconsin was subject to the 2018 Agriculture Improvement Act, meaning hemp-derived CBD oil is legal for sale anywhere across the state. The 2018 Farm Bill also paved the way for Wisconsin to ease up hemp restrictions. The 2018 Farm Bill also presented the U.S. Food and Drug Administration (FDA) with the authority to regulate CBD’s labeling, therapeutic claims, and its use as a food additive. Despite the passage of the Farm Bill, the FDA has taken the stance that even hemp-derived CBD may not be added to food and beverages, nor marketed as dietary supplements. While the FDA has begun a process of reevaluating its stance on such CBD products, it has yet to revise its rules or specifically regulate CBD products. The FDA has been strict when it comes to health claims and content that could be construed as medical advice about CBD.

The only form of CBD so far that has been approved by the FDA is Epidiolex, a seizure medication manufactured by G.W. Pharmaceuticals.

See also  where can i buy cbd hemp oil

Wisconsin’s SB 10 had the foresight to require the state government to follow federal law if and when CBD oil was rescheduled at the national level. In March 2017, the Wisconsin Assembly passed Assembly Bill 49, which is the partner bill of SB 10, unanimously with a vote of 98-0, loosening restrictions surrounding CBD.

Even though hemp strains don’t produce enough THC to cause intoxication, all types of cannabis, including hemp, were considered illegal under the 1970 Federal Controlled Substances Act. The legislation swept all cannabis into Schedule 1, which defined cannabis as a substance with a high potential for abuse, no accepted medical use, and a likelihood for addiction.