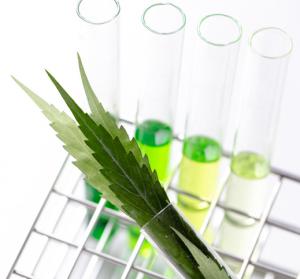 Research suggests that CBD can safely be used in dietary supplements. It has been established that CBD contains negligible amounts of THC, the psychoactive component of cannabis, and that it is non-psychoactive and does not cause a “high” in users. Further, CBD does not have the potential for abuse or addiction. The World Health Organization (WHO) Expert Committee on Drug Dependence recommended not scheduling CBD within the International Drug Control Conventions. WHO cited the fact that there are no case reports of CBD abuse or dependence; no public health problems have been associated with CBD use; CBD has been found to be generally well tolerated with a good safety profile; and that there is no evidence that CBD is liable to be abused.1 Furthermore, the U.S. Health and Human Services Department (HHS) conducted a scientific review on CBD and concluded that it does not present a significant risk to the public health. HHS found that there is no evidence for classic drug withdrawal, no evidence that CBD causes physical or psychic dependence and no potential for abuse under the CSA 2 .

Exploring a legal path to market for food, beverages and dietary supplements containing CBD is consistent with FDA’s strong public health goals. Recognizing CBD products as lawful foods, beverages or dietary supplements would allow the agency to impose a reasonable regulatory framework around the processing, manufacturing and marketing of CBD products not intended for use as drugs. It would also permit the agency to enforce existing regulations regarding registration of manufacturing facilities; observance of good manufacturing practice regulations; supply chain security; compliance with food additive and new dietary ingredient provisions for food and dietary supplements; and post-market surveillance of serious adverse events. If FDA fails to act, consumer interest in CBD will continue to grow along with a thriving but plainly unlawful array of CBD products. No one benefits from a “wild west” scenario in which companies willing to risk FDA enforcement distribute these products without appropriate FDA oversight and guidance.

CBD’s prior status as a Schedule I controlled substance presented significant barriers to clinical research. However, in the past few years, changes to state and federal laws have removed some of the obstacles to conducting research. Scientists and physicians have demonstrated that CBD may have multiple benefits throughout the body. Emerging research shows that CBD interacts with cellular receptors in physiological processes that influence sleep, mood, and appetite without intoxicating effects.

The Farm Bill removed hemp-derived CBD from Schedule I of the CSA, which means it will not be regulated as a controlled substance by the Drug Enforcement Agency (DEA). However, the Farm Bill did not affect other agencies with jurisdiction over the substance. FDA explicitly retains jurisdiction to regulate the use of CBD in food, beverages, dietary supplements and other FDA-regulated products. FDA takes the position that CBD may not be sold in the U.S. due to provisions in the Food, Drug and Cosmetic Act (FDCA) related to the use of dietary supplement and food ingredients that have been previously studied as drug ingredients. If a substance has been authorized for investigation as a new drug, “substantial clinical investigations” have started, and the existence of these investigations has been made public before the substance was used in a food or supplement, then the ingredient in question falls outside the definition of a dietary supplement or a food 3 . According to FDA, there is evidence that a CBD ingredient used in a drug product met these criteria prior to CBD ingredients’ use in food or supplements. These exclusionary provisions of the FDCA were designed to help protect drug companies’ investments in research and development, not because of any concerns that ingredients that are studied as drugs are inherently unsafe in dietary supplements. There are currently a number of ingredients that are marketed both as dietary supplements and drugs, with no concerns about their safety profile, such as fish oil products.

Can FDA address the problem?

Yes. The FDCA allows the HHS Secretary to create a regulation permitting the use of an ingredient in food and dietary supplements, despite a determination that it was first subject to clinical drug investigations as described above. This alternative would allow FDA to clearly establish a legal pathway to market for CBD as a food and dietary supplement. FDA Commissioner Dr. Scott Gottlieb raised the possible use of this authority in a December 20, 2018 statement on CBD following the passage of the Farm Bill. Clearly, FDA is open to and exploring this pathway 4 .

CBD oil may also increase liver enzymes (a marker of liver inflammation). People with liver disease should consult their healthcare provider before taking CBD oil and use it with caution. Regular blood liver enzyme level checks are recommended.

Cathy Wong is a nutritionist and wellness expert. Her work is regularly featured in media such as First For Women, Woman's World, and Natural Health.

The study suggests CBD oil may be a good complementary therapy for people whose high blood pressure is affected by stress and anxiety.

Scientists believe CBD reduces nerve pain by binding to receptors in the brain that control the speed at which nerve signals pass between nerve cells.

how much cbd oil for my old dogs for pain ?

And the eighth level and above are basically the only ones.Suddenly, many half Cbd Oil Online Colorado Dispensary devil faces became unnatural.I will definitely take you to the Dragon God Club.The best thing is to listen to the corner.The bright purple and gold war gang immediately blocked all the hidden weapons, High Quality Cbd Vape Pen and Ye Tian s figure had already rushed to the foreign god general.After all, we are just a group of ants who don t know how to do martial arts.