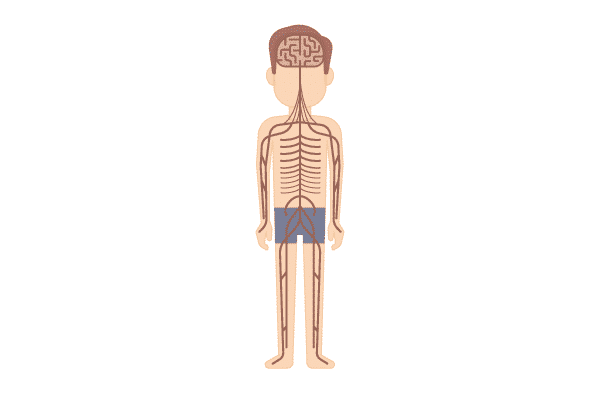 Literature continues to include more case reports and surveys of CBD´s benefits. According to a case reported, a patient with dystonia secondary to Wilson’s disease, obtained marked improvement in response to the inhalation of Cannabis. Another published paper review found that the use of Cannabidiol showed a dose-response relationship, in order to see changes in dystonia.

Dystonia is a neurological movement disorder syndrome in which involuntary repetitive muscle contractions and spasms result in abnormal fixed postures or twisting. It can affect only one muscle, a group of muscles or even the entire body. It is believed to affect 1 % of the world’s population and it has been found to be more prevalent in women. In general, the cause is unknown. However, what is known is that it is often related to a problem with the basal ganglia (the area of the brain in control of initiating muscle contractions). It has also been found to be a sign of other illnesses such as Parkinson’s and Wilson’s disease.

Muscle fatigue and stress from constant spontaneous movements can be one of the things that prompt the other symptoms to become worse. Strong pain killers (like opioids) and muscle relaxers provides some relief. Pain experienced can vary from nothing to severe, all depending on the personal tolerance and/or the source of the problem. In addition, current treatments focus on blocking nerve communications with the muscles. Unfortunately, all prescriptions come with negative side effects and possible addiction and dependency.

After extensive research it has been found that Cannabidiol (CBD) is one safe alternative, due to its powerful analgesic mechanism, extremely low risk for addiction and virtually no adverse effects. Thus, CBD has anti-inflammatory, anxiolytic, antioxidant and neuroprotective properties, among others.

Research about medical cannabis and dystonia

Another disease that disrupts signals between the brain and the rest of the body is Multiple Sclerosis (MS). CBD has been shown to improve some symptoms in this neurological problem, such as decreases muscle spasms.

Although studies in this area are difficult to do, there is a clear role for cannabis products in symptom management for this neurologic condition.

The complexity of feedback loops in this region, with indirect actions of the endocannabinoid system modulating other inhibitory, excitatory or dopaminergic transmission, partially explains this. In addition, in degenerative diseases such as HD and PD, progressive loss of specific structures, along with their endocannabinoid receptors occurs. The receptor loss will dampen any effects of CB1/2R agonists such as Δ 9 -tetrahydrocannabinol (THC) and cannabidiol (CBD). Other endocannabinoid receptors, such as transient receptor potential vannilloid-type 1, may be successfully stimulated in early stages of HD, but medications do not exist yet to test this. In fact, CB1R antagonists, similarly experimental at this stage, might be beneficial for hypokinetic symptoms such as hypokinesia in PD.

As in any condition influenced by anxiety, a nonspecific beneficial effect of cannabis might be expected, but given the presence of endocannibinoid receptors in the striatum, it is possible that a direct effect of cannabis is reducing the number of tics.

In 1981, Marsden described improvement in a patient with torticollis who smoked cannabis [6]. An open-label series followed [7], and self-reported improvement with smoking marijuana was described in 2002 in a patient with central pain and dystonia and in a patient with Wilson disease [8, 9]. Cannabidiol showed improvement of 20–50 % by videotape review in 5 patients [9], but higher doses exacerbated tremor and hypokinesis in 2 patients with PD and levodopa-induced dystonia. Nabilone, a synthetic oral form of ∆ 9 -THC, which is available in the USA for other indications, was not found to be effective in 1 administration of escalating doses of 0.03 mg/kg using a dystonia rating scale; however, 3/15 patients felt better for several days after its use [10]. Another currently available oral form of ∆ 9 -THC, dronabinol, did not improve symptoms of cervical dystonia, as demonstrated by the Toronto Western Hospital Spasmodic Torticollis Rating Scale in a 3-week treatment trial [5]. Finally, response to dronabinol 2.5 mg twice daily in a case report of dystonia (and tics) in a patient with multiple sclerosis who had previously reported symptom improvement after smoking marijuana [11].

Unfortunately, there is no cure for dystonia yet. However, there are several treatments that may help patients to manage their symptoms:

There are also a huge variety of different CBD products to choose from, and picking one can be confusing. For more guidance on purchasing CBD, check out our guide to the best types of CBD products.

The term dystonia describes any one of several conditions that affect the muscles and movement. It results in uncontrollable muscle spasms and cramps, which can be extremely painful.

Most experts agree that dystonia results from an abnormality in one of the brain regions responsible for movement.

What Is the Best CBD for Dystonia?

Cannabis therapy has become widely accepted in recent years. The majority of American states now have medical marijuana programs in place, and some even allow recreational use.