Complicating the picture, CBD alone may not be sufficient for cannabis’ therapeutic effects. A 20-to-1 ratio of CBD to THC relieves aggressive outbursts in autistic children, a 2018 study suggests 8 . This same ratio of compounds significantly improved quality of life for some children and teenagers with autism in a 2019 study 9 . Specifically, researchers observed significantly fewer seizures, tics, depression, restlessness and outbursts. Most participants reported improvements, and about 25 percent of participants experienced side effects such as restlessness.

Cannabis may have effects that go beyond the cannabinoid receptors, too. Mice that ingested CBD over extended periods of time displayed changes to DNA methylation in sections of the genome associated with autism, a 2020 study showed 10 . The researchers suggested that epigenetic changes may be at least partly responsible for CBD’s behavioral effects, though they did not directly examine the mice’s behavior.

CBD is considered minimally psychoactive, but many preparations of it contain undisclosed amounts of THC, which may lead to inadvertent intoxication and impairment.

What is medical marijuana?
Medical marijuana generally refers to any product derived from cannabis plants — including dried flowers, resins and oils — that has been recommended by a doctor. It may be consumed directly or infused into an array of foods, lozenges and candies. These products have become popular among autistic people and their families for treating a broad swath of conditions, including insomnia, epilepsy and chronic pain.

Many studies have shown that cannabis treatment carries only minor side effects such as sedation or restlessness, but these studies have not looked at long-term side effects. Researchers still don’t have a solid grasp on how the active ingredients in marijuana actually affect the brain, nor do they know how these compounds might impact a child or teenager’s developing brain or interact with other medications.

Here we explain what researchers know about the safety and effectiveness of cannabis for autism and related conditions. Autism can negatively impact one’s focus and attention. Autistic children often find it difficult to cope with distractions, such as background noise or even their own thoughts. For others, it can work the opposite way — they may become laser-focused on one task while forgetting about everything else. 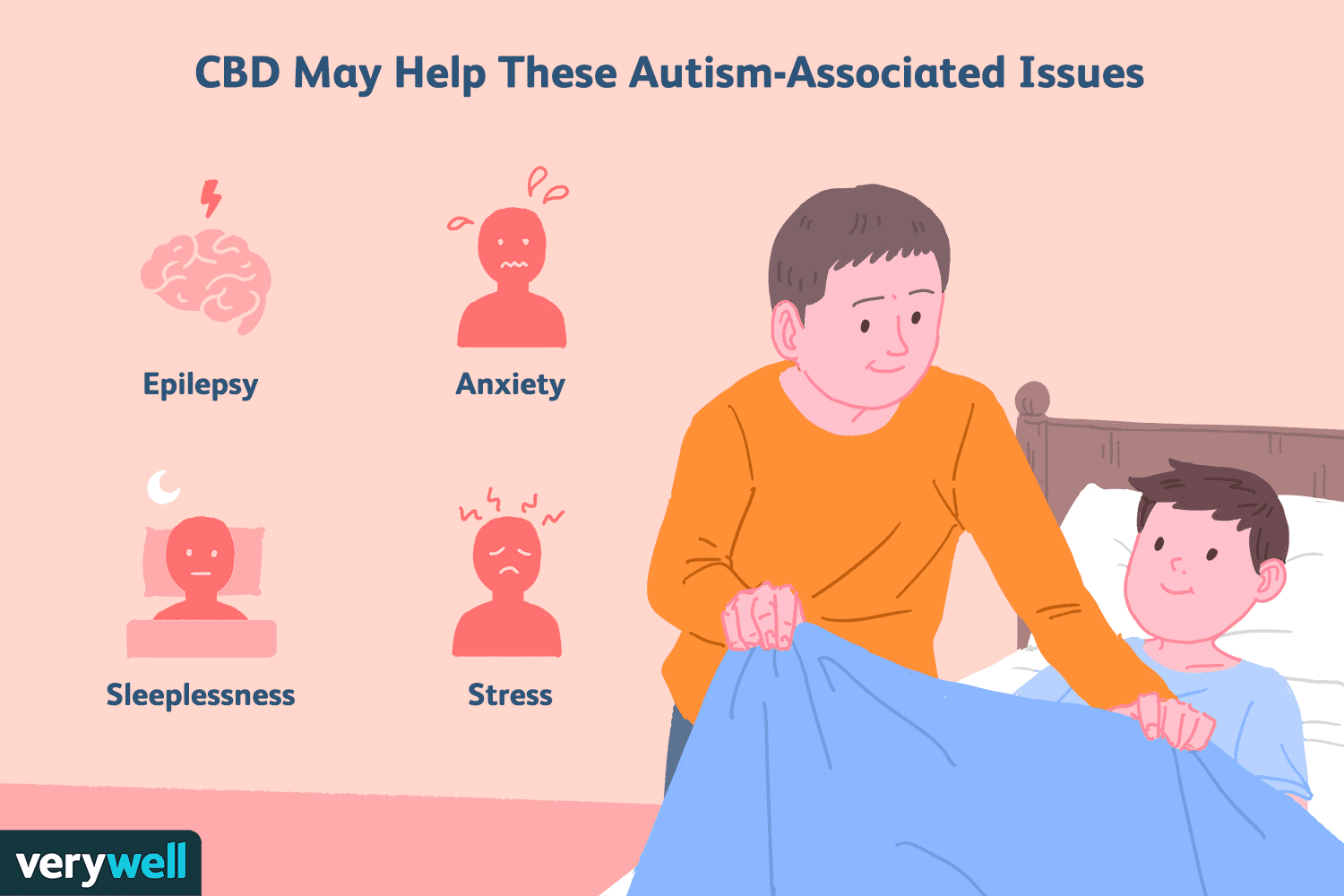 Cannabidiol , sometimes called CBD, is a chemical compound found in the cannabis plant. Since it does not include THC, the psychoactive component of cannabis, CBD does not induce a “high.” It can, however, help to reduce anxiety and lower stress levels—symptoms that are common among people with autism.

Children with autism grow and learn every day, simply because they are maturing. As a result, there is no simple way to determine whether a change in behavior or an increase in skills is due to a particular treatment or to ordinary maturation. This reality makes it very easy to see a change in behaviors and inaccurately attribute them to the newest treatment you've tried. By far, the best way to know whether a particular treatment is truly effective is to be rigorous about evaluating your child before and after its use.