CBD is quite common in many over-the-counter therapies and is touted for a number of different ailments, and some of those claims are likely dubious, Rutkowski said.

One of the active ingredients in marijuana and hemp could show promise in fighting a deadly and aggressive brain tumor, said researchers at Augusta University. It could help target an immune-blocking enzyme first discovered at the school more than 20 years ago.

“I am skeptical when it comes to CBD treating depression or anxiety or financial distress or marriage problems,” he said. “That’s probably not all true. But now that we have some basic science that supports this (therapy) I think it is really exciting.”

One of the active ingredients in marijuana known as cannabidiol or CBD offers some intriguing potential as a therapy, said Dr. Babak Baban, associate dean for research at Dental College of Georgia. CBD does not cause a high, and a drug based on it is already approved by the Food and Drug Administration to treat seizures in children; additionally, it is relatively safe with few side effects, he said. But it has also shown it can be a powerful regulator of the immune system and that is part of what makes it attractive as a therapy for these tumors, Baban said.

Glioblastoma is one of the deadliest forms of brain tumor and even with treatment the median survival after diagnosis is 15 months, according to the Glioblastoma Foundation. Research into new therapies over the last 15 years has increased survival only by two or three months, said Dr. Martin Rutkowski, a neurosurgeon specializing in brain tumors at Medical College of Georgia at AU and one of the researchers.

Rutkowski likens it to a protective barrier around the tumor.

Glioblastomas, like many tumors, surround themselves with a microenvironment that protects them and allows them to thrive and glioblastoma has “one of the most complex for tumors,” Baban said. The tumors need to create new blood vessels to grow, a process called angiogenesis.

“They’re very good at shielding themselves so we need ways to drop the shield and make the immune system more effective at finding them,” he said. 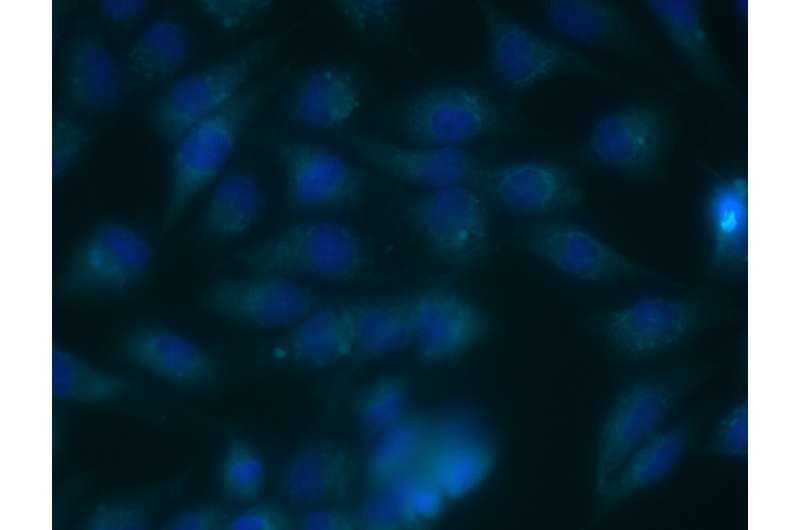 Mr. Gross was scheduled to present this research at the American Society for Pharmacology and Experimental Therapeutics annual meeting in San Diego this month. Though the meeting, to be held in conjunction with the 2020 Experimental Biology conference, was canceled in response to the COVID-19 outbreak, the research team’s abstract was published in this month’s issue of The FASEB Journal.

The study looked at glioblastoma, an often-deadly form of brain cancer that grows and spreads very quickly. Even with major advancements in treatment, survival rates for this cancer have not improved significantly.

Mr. Gross and colleagues examined human and canine glioblastoma cells because the cancer shows striking similarities between the two species. They tested the effects of CBD isolate, which contains 100 percent CBD, and CBD extract, which contains small amounts of other natural occurring compounds such as cannabigerol and tetrahydrocannabinol, or THC.

“Our experiments showed that CBD slows cancer cell growth and is toxic to both canine and human glioblastoma cell lines,” said Mr. Gross. “Importantly, the differences in anti-cancer affects between CBD isolate and extract appear to be negligible.”

“CBD has been zealously studied in cells for its anticancer properties over the last decade,” said Mr. Gross. “Our study helps complete the in vitro puzzle, allowing us to move forward in studying CBD’s effects on glioblastoma in a clinical setting using live animal models. This could lead to new treatments that would help both people and dogs that have this very serious cancer.”