Looks like you have taken a wrong turn. <br />Do Not worry. it happens to the best of us. 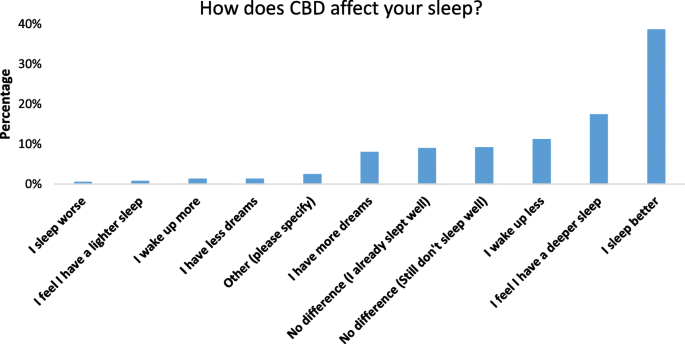 Corroon et al. found a more even distribution between various application methods with the most popular being sublingual CBD (23% vs 72,6% in our study sample). Our approach of recruiting respondents through email databases of non-vape CBD brands may explain why the sublingual administration route is much more frequent in our study than in the American survey.

37.5% of respondents reported using CBD for perceived stress, with 92.2% reporting reduced stress levels, making it the third-highest ranking reason for CBD use amongst our sample. Yet, no studies are looking directly at how CBD affects perceived stress levels. This might in part be because stress, apart from post-traumatic stress disorder, is not classified as a disease according to international disease classification (WHO | Burn-out an “occupational phenomenon”: International Classification of Diseases 2019). With more than 12.8 million working days lost because of work-related stress, anxiety, or depression in the UK (Hse 2019), the relationship between CBD and stress is an area of interest for further research. A recent study surveying social media for comments about perceived therapeutic effects of CBD products revealed that the most frequently discussed symptoms, which are not addressed in the research literature, are indeed stress and nausea (Tran and Kavuluru 2020).

Self-perceived anxiety was the top-ranked reason for the use of CBD with 42.6% reporting they take CBD for this reason. Of these, 86.5% reported they felt less anxiety. There are biologically plausible reasons for the use of CBD in anxiety. Pharmacological research suggests CBD is a partial 5-HT1a receptor agonist which supports anxiolytic and stress-reducing properties (Russo et al. 2005; Resstel et al. 2009), the activation of which has been associated with anxiolytic, antidepressant, and antipsychotic effects (Zuardi et al. 1993; Bergamaschi et al. 2011; de Faria et al. 2020; Vilazodone for major depressive disorder | MDedge Psychiatry n.d.; Newman-Tancredi and Kleven 2011). CBD also modulates specifically configured GABAA receptors that may be relevant to anxiolytic effects (Bakas et al. 2017; Deshpande et al. 2011). CBD is anxiolytic under experimental conditions in animals, healthy humans and in those with generalised social anxiety disorder (de Faria et al. 2020; Elms et al. 2019; Newman-Tancredi and Kleven 2011) although large clinical trials have not been conducted. Crippa et al. administered an oral dose of 400 mg CBD or placebo, in a double-blind procedure. They found it significantly lowered feelings of anxiety, accompanying changes in limbic areas, in subjects with social anxiety disorder (SAD) (Crippa et al. 2011). Similar results were seen in a small randomised trial using a public speaking test with 600 mg CBD vs placebo (Bergamaschi et al. 2011).

A national survey indicated that in the UK, 8–11% of the adult population had tried CBD by June 2019 (Andrew et al. 2019). Studies of Google searches have shown considerable increases in CBD interest, with 6.4 million unique searchers in the USA in April 2019 (Leas et al. 2019). Yet it is clear that scientists, physicians, and governments were not prepared for the rapid surge in CBD use.

One hundred forty-five of 387 (37.5%) of respondents endorsed the use of CBD for self-perceived stress. Amongst those using CBD for stress, in response to the question “how does CBD affect your stress level”, participants responded that they felt less stressed (130/141; 92.2% followed by it does not affect my stress levels (I still feel stressed) (11/141; 7.8%). No respondent said that it increased their stress level. Adjusted logistic models comparing those who responded that CBD reduces their stress versus those who responded that they still have stress found no associations with age, sex, or location.

CBD dose and route of administration

A total of 388 responses were made, of whom 277/388 (71%) were logged as not experiencing any side-effects. Dry mouth was experienced by 44/388 (11%), and 13/288 (3%) experienced fatigue. All other side-effects were reported less than 2% (e.g. dizziness, nausea, upset stomach, rapid heartbeat, diarrhoea, headache, anxiety, psychotic symptoms, sexual problems, trouble concentrating). No respondents reported vomiting, fainting, liver problems (raised liver enzymes in blood test), or seizures. Adjusted logistic models show no associations of age, of sex with “no side effects” or fatigue. Location of the participants was associated with dry mouth, those who lived outside of the UK had greater odds of experiencing dry mouth (aOR 2.44, [95% CI 1.25–4.75], p = 0.009). No other side-effects were analysed due to the small number of respondents citing other side-effects.

The survey demonstrated that CBD is used for a wide range of physical and mental health symptoms and improved general health and wellbeing. A majority of the sample surveyed in this study found that CBD helped their symptoms, and they often used doses below 50 mg. Out of the four most common symptoms, three were related to mental health. Self-perceived stress, anxiety, and sleep problems constitute some of society’s biggest health problems, but we lack adequate treatment options. Further research is needed into whether CBD can efficiently and safely help treat these symptoms.