The European Commission is currently considering rescheduling CBD as a narcotic under a new interpretation of the UN Single Convention which would severely limit the scope for a European market. While it is yet to be seen if the narcotic status of CBD will be confirmed, synthetic CBD will not be controlled in the same way, due to its omission in the Single Convention.

When Cronos agreed a supply agreement with biosynthetic group Ginkgo Bioworks in 2018, the forecasted cost of production was 5 times lower than that of the going rate for natural CBD.

Synthesizing CBD in the lab has the benefits of easily producing a precise and pure product, and may require less costly inputs of resources such as land and water. Circumventing field-grown hemp could also mean reducing the time taken to produce bulk quantities as producers need not rely on lengthy rounds of harvesting plant material.

The wholesale CBD market is currently extremely competitive, as more and more suppliers enter the market. For example, the price for various CBD wholesale products such as crude hemp oil and CBD isolate reduced by more than 80% year on year to May of 2020 according to Hemp Benchmarks.

The image of CBD as a holistic and natural therapeutic may mean that natural CBD products are the only ones which will eventually make for a profitable and sustainable industry.

A widespread discussion of the pros and cons of synthetic and natural CBD is now occurring within the cannabis industry. The main issues reside in the differences of the two in terms of: efficacy and safety, consumer preference, cost-effectiveness and legality.

The EU also controls CBD as a Novel Food ingredient, meaning that any ingestible product containing CBD must pass a rigorous and costly approvals procedure. Note that an upcoming UN vote in December could see CBD products with THC of less than 0.2% removed from international control.

The Cost-effectiveness of CBD

In contrast, synthetic CBD is not subject to international control as a narcotic, as it is not specifically mentioned by the UN Single Convention, which refers only to substances derived from “the flowering or fruiting tops of the cannabis plant”.

Patient preferences are another factor which may ultimately determine the course of development of the CBD industry. Even if synthetic CBD is proven to be as effective and cheaper, many consumers and patients still may opt for the natural counterpart. 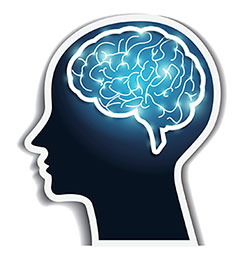 Many synthetic cannabinoids are illegal.

Synthetic cannabinoids are used in a variety of ways:

Synthetic cannabinoids can harm your health.

If you suddenly stop using synthetic cannabinoids, you may have the following symptoms:

If you or anyone you know becomes sick after using synthetic cannabinoids, seek immediate medical attention. Call 911 or go to the closest emergency room.